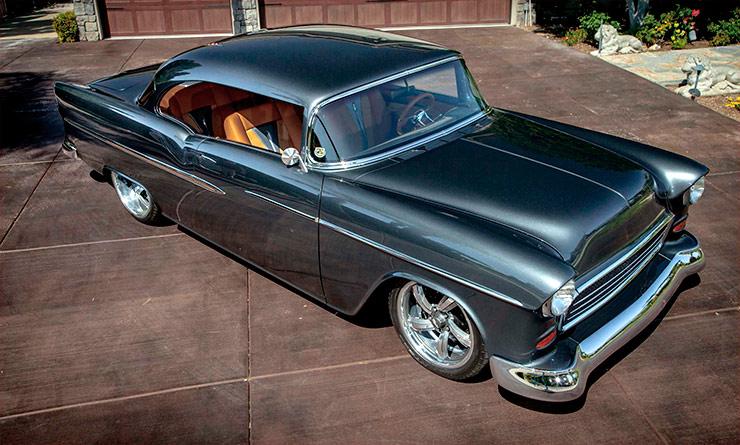 He began his search for a project and stumbled upon this specimen that had been languishing in a warehouse for 30 years. The body was rust free, straight and unmolested, so he bought it and trailered the beast home. His wife Sharon just rolled her eyes, she’s seen her fair share of Ira’s “treasures” throughout the years.

After a year of designing and redesigning, a cool, clean ’55 Chevy Bel Air with innovative performance and styling emerged.
–
To get there, Ira approached Mike Thieker of Thiekers Street Toys in Muscatine, Iowa, to transform his American steel into a showstopper. “He understands what I want, he treats me right and he does what he says he will do,” Horwitz said of his relationship with Thieker. 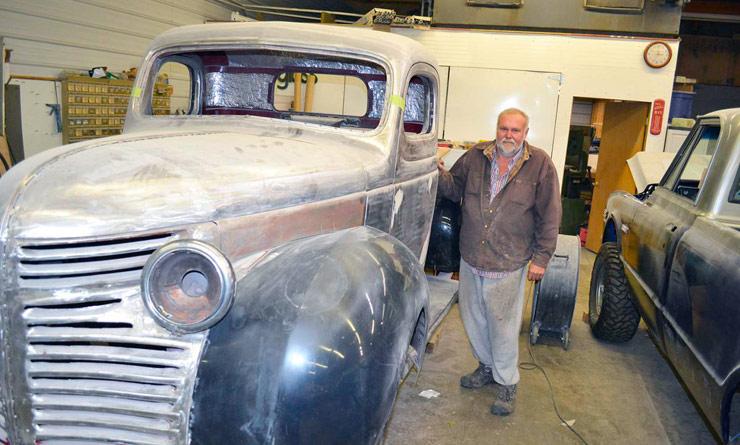 Horwitz had in mind a 1955 Chevy Bel Air with specialized clearances, door marks, a push-button starter and an out-of-this-world paint job. He shared all of his thoughts with Thieker, who over three years, perfected the two-door super custom coupe.

An Art Morrison GT Sports frame and chassis constitutes the foundation equipped with a pair of Wilwood 2-inch dropped spindles and Morrison adjustable gas-filled shocks and sway bar. A pair of Wilwood 14-inch cross-drilled, ballmilled and vented rotors and sixpiston calipers deliver incredible braking up front.
Out back a Ford 9-inch rearend housing was stabbed with 31-splined axles, while the third member is stuffed with 3.56 gears and a posi-unit. Wilwood 13-inch cross-drilled, ball-milled and vented rotors and four-piston calipers are responsible for halting the rear. 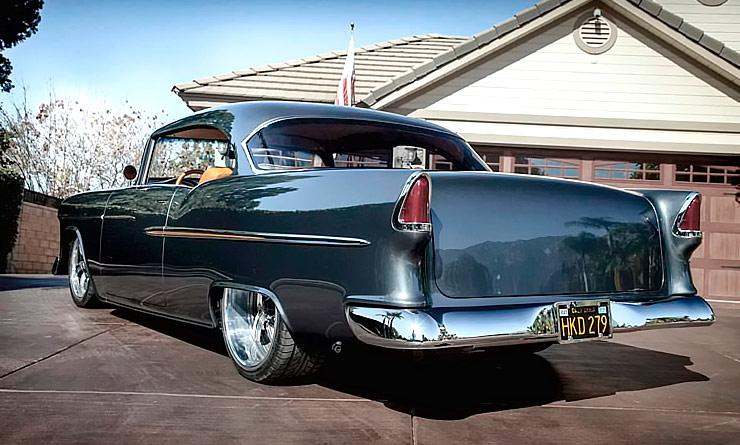 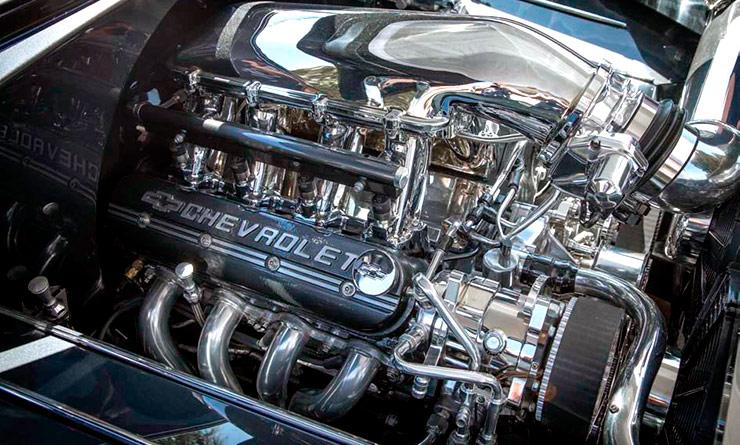 Ira wanted performance under the hood as well, so he had a GM Performance LS-3 376-ci 6.7L Hot Cam crate engine dropped between the frame rails that produces 500 hp and 475 lb-ft torque at 4,500 rpm. The LS-3 engine receives air from a unique Holley high-rise intake system that was merged with the GM EFI.

A pair of Doug’s long tube headers, merge into a 2 Ѕ-inch exhaust that flows into a pair Flowmaster 18-inch mufflers. The engine rpms are controlled by a 4L70-E four-speed automatic transmission with overdrive, and gear selection is obtained by a unique Master Shift push button control panel conveniently mounted on the center console. 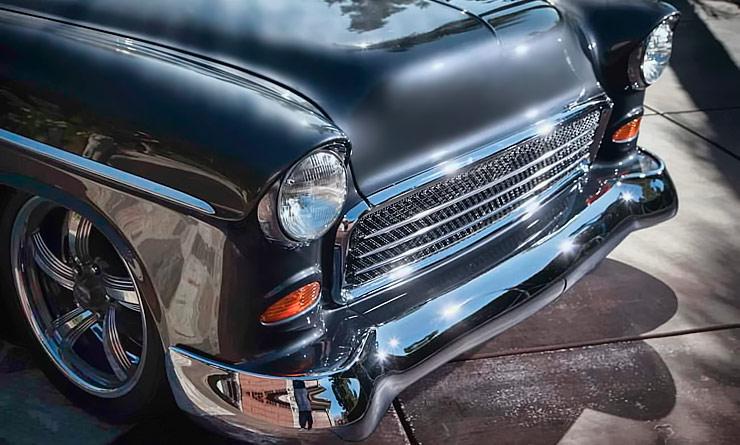