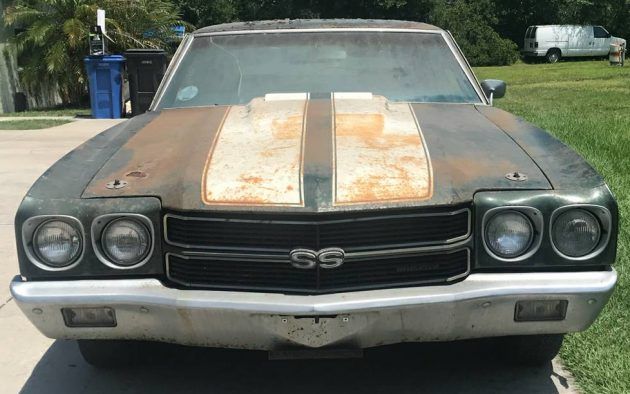 Barn Find! Most of you already know what that means! This specific term is usually described as a classic car, motorcycle or aircraft that has been rediscovered and recovered after being stored for long years. It’s called “barn” find because such vehicles are typically found in barns, sheds, depots and stores.

The question needed to be asked is not about the name, though! The question is why these vehicles are abandoned! Think about it! Would you leave a classic abandoned in a barn? Would you let It decay under a thick layer of rust and dust? You wouldn’t, probably! But not all do the same! In today’s video, for example, we’re checking out a jaw-dropping barn find! This time, it’s a Chevelle! Watching the video, you’re going to see a LS6 powered SS454 M22 1970 Chevelle. It is painted in tuxedo black with large white stripes. This black and white jewel was found hidden in Dallas, Texas. It’s a true Texas car that has been parked for 35 years. With a professional treat and restoration, it can look better than ever!

Hit the play button to take an exceptionally deep look at this ’70 Chevelle and let us know your opinion about it in the comments below!