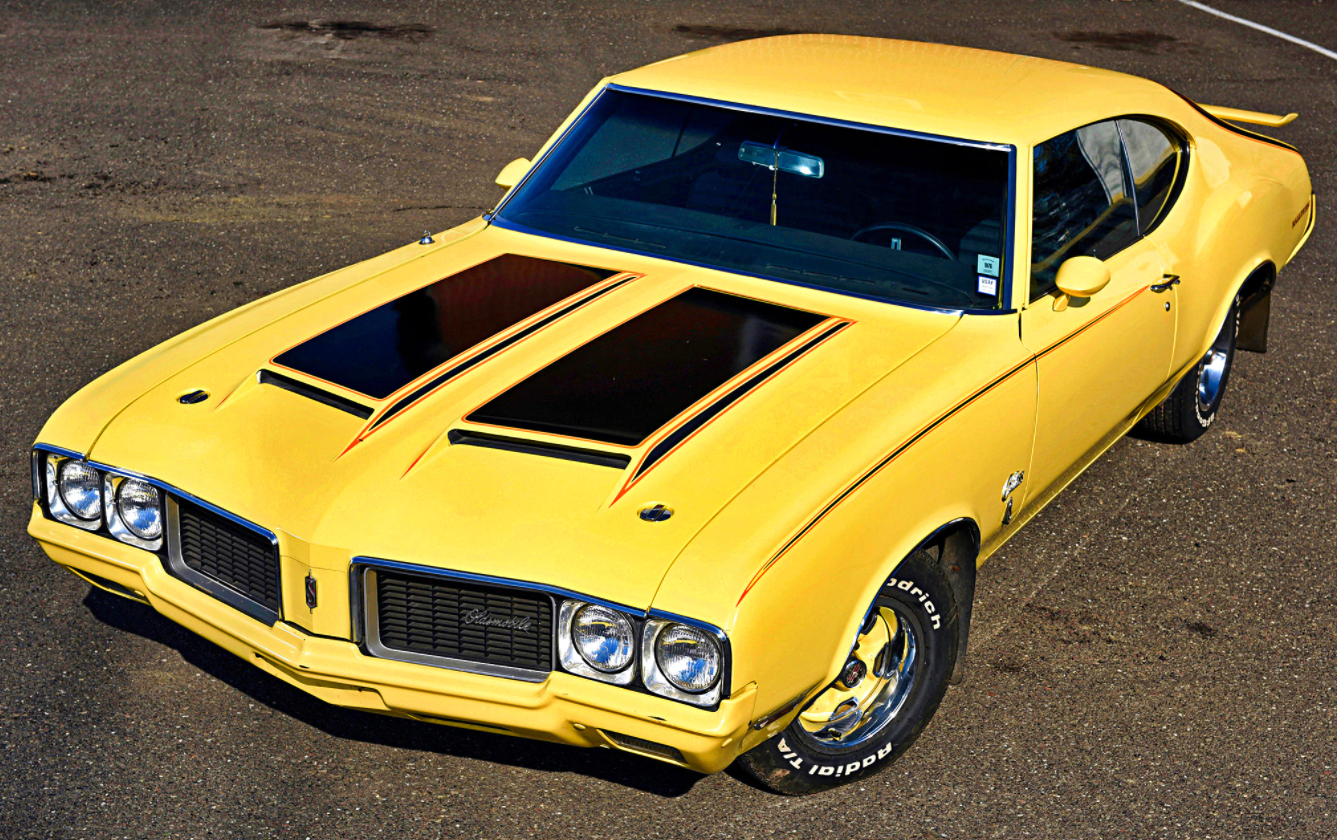 Insurance companies started to realise that these “race-ready” machines coming from Detroit didn’t jive with the low premiums that they were charging.

This new Oldsmobile Cutlass was designed in order to compete with other performance appearance packages added to intermediate priced cars and was introduced February 18, 1970 at the Chicago Auto Show.

Included in there was also a special high-compression 350 small-block V-8 engine making 310hp with a Ram Air Induction system, a four-barrel carburetor, heavy-duty radiator, a heavy-duty Turbo 350 three-speed automatic transmission with a floor-mounted shifter, an anti-spin limited-slip differential with 3.91 gears, variable-ratio power steering, and power drum brakes at each corner. There was no air conditioning allowed when ordering the car with the 3.91 ratio.

The vehicle  is a true 1970 Oldsmobile Cutlass Rallye 350 F85 sport coupe with a VIN to back it up. Stuart Goldberg, the owner, bought the car on eBay. It got shipped from Chicago to his home in South Florida. The car was purchased in Waco, Texas originally.

The genuine Oldsmobile Cutlass 350 Rallye got all of the matching numbers that are seen on the rear side window and the order sheet that Stuart provided. After he got the car, he had Cruisers Motor Works & Body Shop in Delray Beach, Florida, and did a full restoration. Pinstriping was beautifully executed by Phoenix Graphics.

Just like on the outside and under the skin, the interior is factory original, but Stuart switched out the factory radio for a more modern AM-FM radio unit, he changed the gauges by installing a tachometer with a clock to the right on the instrument cluster. The seats are the originals from the factory. Cruisers replaced the front and rear lamps by fabricating new units. Most of the replacement pieces were sourced from Parts Place in Chicago.

One more notable item is the Waldron Variable Sound System for the dual exhaust that Stuart asked Cruisers to install. The system allows the driver to vary the sound of the exhaust note by pulling a stainless steel thumb screw up or down. It is located just to the right of the emergency brake release handle.