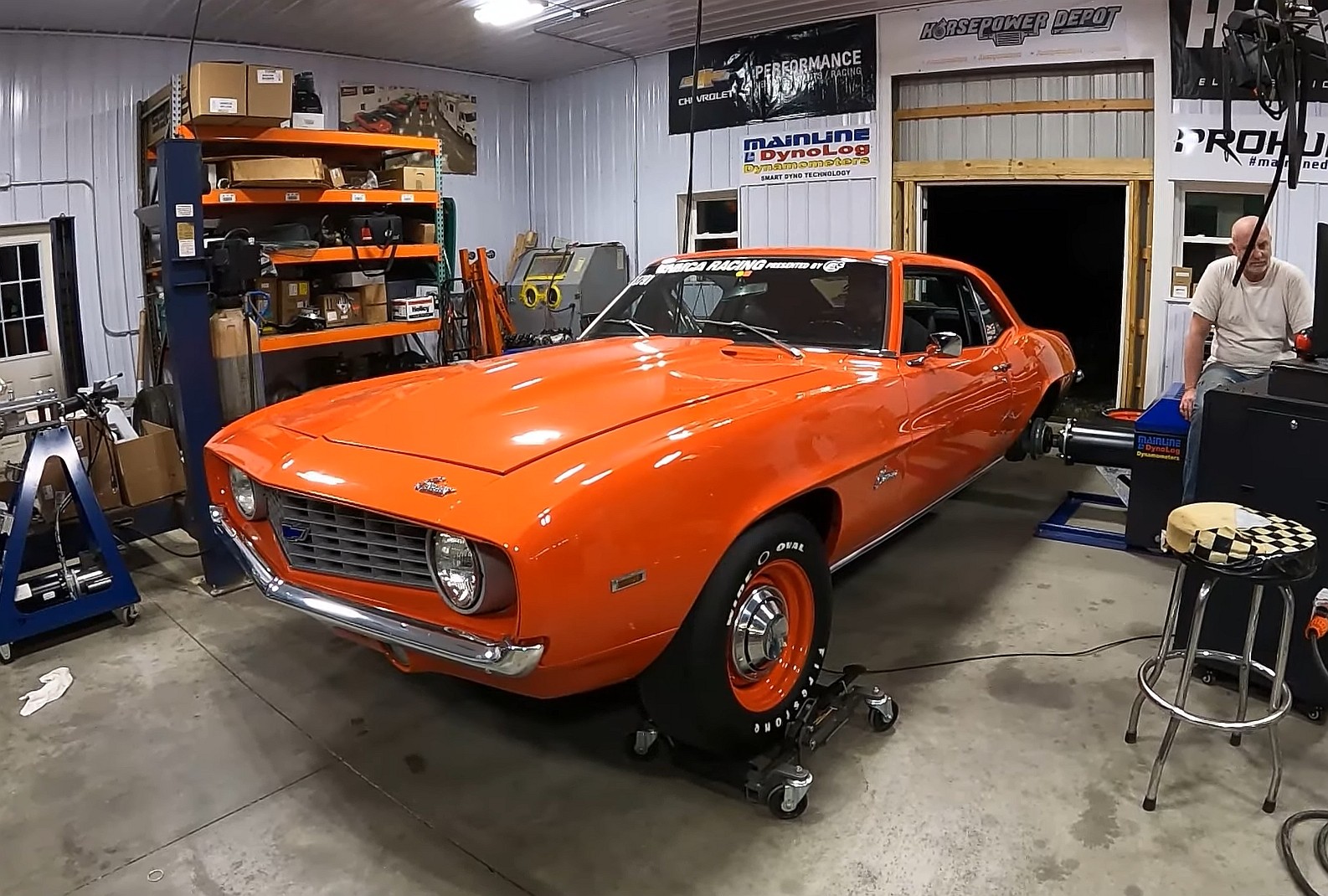 This orange 1969 Chevy Camaro ZL1 is one of the top contenders in this series. Prepped by Horsepower Depot, this stock-appearing Camaro runs the quarter-mile in less than 10 seconds, which makes it quick enough to give a modern Dodge Challenger Demon a run for its money. And it just got a brand-new engine for even more oomph. 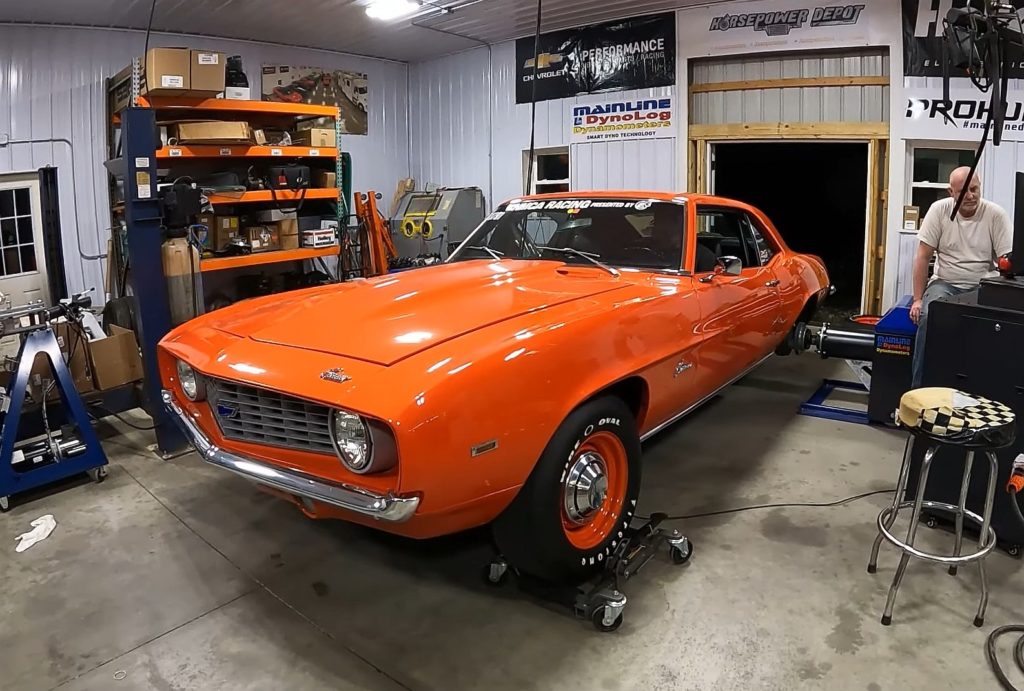 Before we proceed, you should know that this isn’t an original 1969 ZL1, but a very authentic-looking clone. Far from surprising if you ask me because the 1969 Camaro ZL1 is an extremely rare gem. Part of the COPO series fitted with the race-spec, all-aluminum 427-cubic-inch (7.0-liter) V8, the ZL1 was built in just 69 units. And no muscle car enthusiast is crazy enough to swap its original mill.

Once inside the Camaro, the mill spun the rear wheels to the tune of 737 horsepower and 775 pound-feet of torque. Not as much as the Horsepower Depot crew had hoped, but they claim that a little more tuning plus fuel and timing adjustments should get horsepower up to 745. 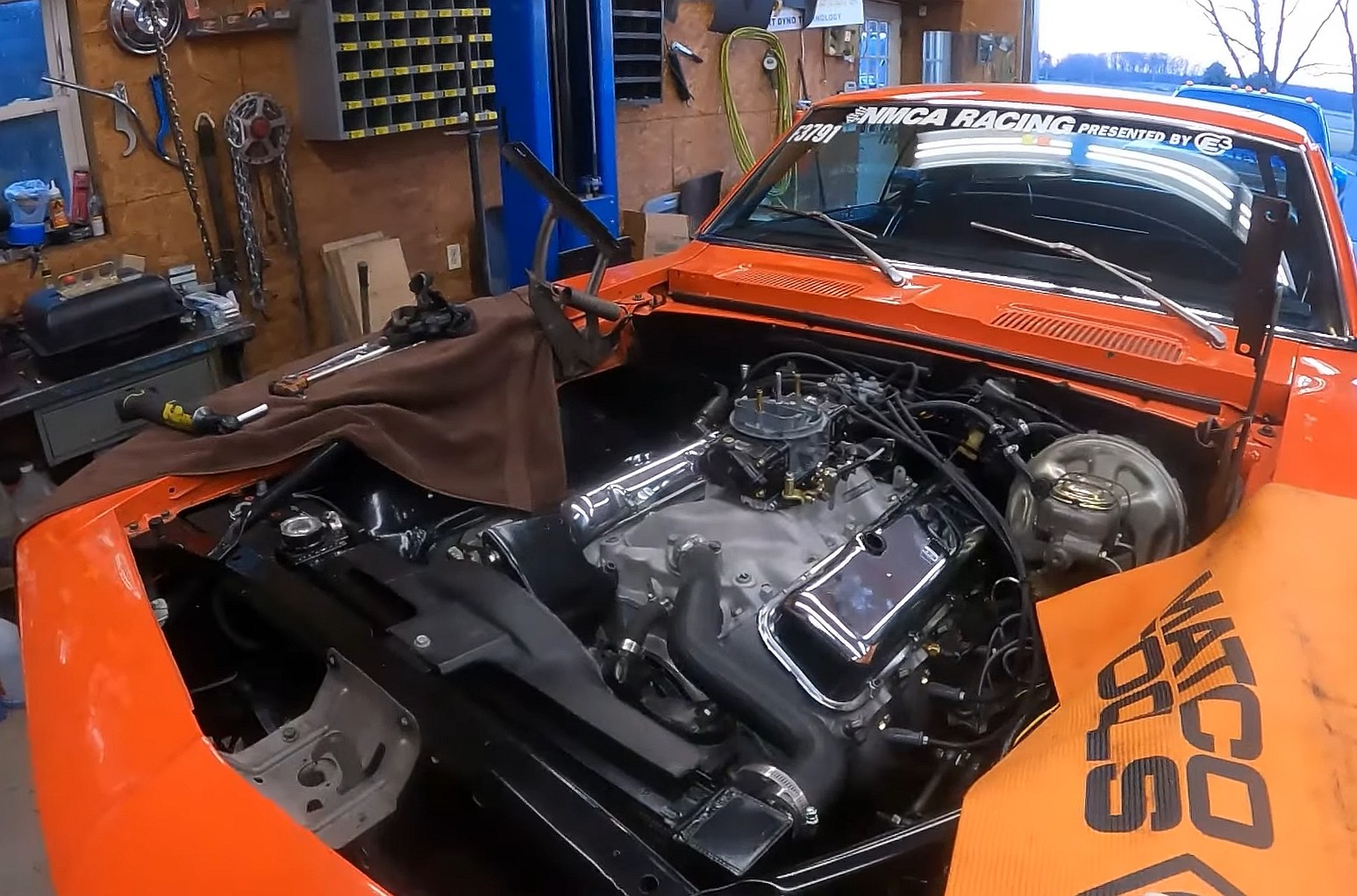 think it’s impressive enough as it is, but this Camaro ZL1 is being prepared for the upcoming FAST Racing Series season, so they need to squeeze as much power as they can out of that all-aluminum V8.

Until it hits the drag strip again, likely hoping to set a new record, watch this beauty rev its engine on the dyno in the video below.