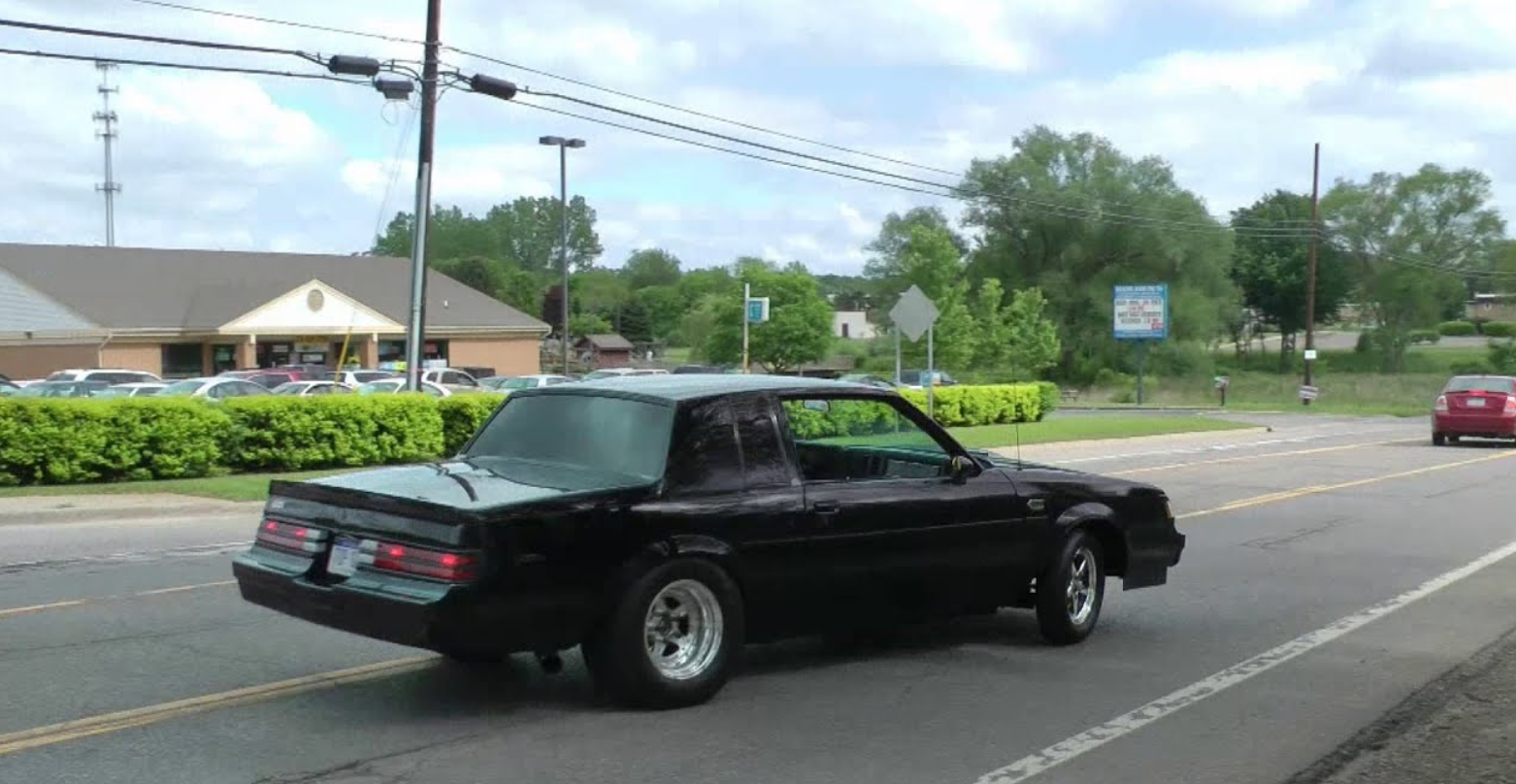 In the mid and late 80’s, the least exciting domestic automaker, Buick, decided it wanted to flex its muscle, and did so quite literally and in emphatic fashion when it unleashed up on the automotive community a car that would become one of the most legendary factory hotrods in history.

The Grand National was an insanely quick (for it’s time, and nothing to sneeze at even by today’s standards) though a tad understated, which is probably the only reason the higher-ups at GM ever allowed it to be built.

A tiny but potent V6, force-fed by a turbocharger in a time when turbocharging just simply wasn’t that common, provided the car enough power to trounce quite literally every other car GM offered at the time, including Chevrolet’s flagship Corvette. Once word got up the ladder at General Motors corporate offices, the plug was quietly but definitively pulled on the GN and Buick would never make another attempt at a car marketed to anybody but your aunts, uncles and grandparents.

While in stock form, the car was formidable, what made the Grand National such a cult classic was the potential held within the six cylinders under the hood. With a little more boost, appropriately-adjusted fuel delivery, and a heavy right foot, the became an absolute beast on the street, thanks to is smooth power delivery and insane top end pull.

As you can see in this video, the cars have a unique almost aircraft-like sound when they are cranked way up, this one producing some 1,200 horsepower !!