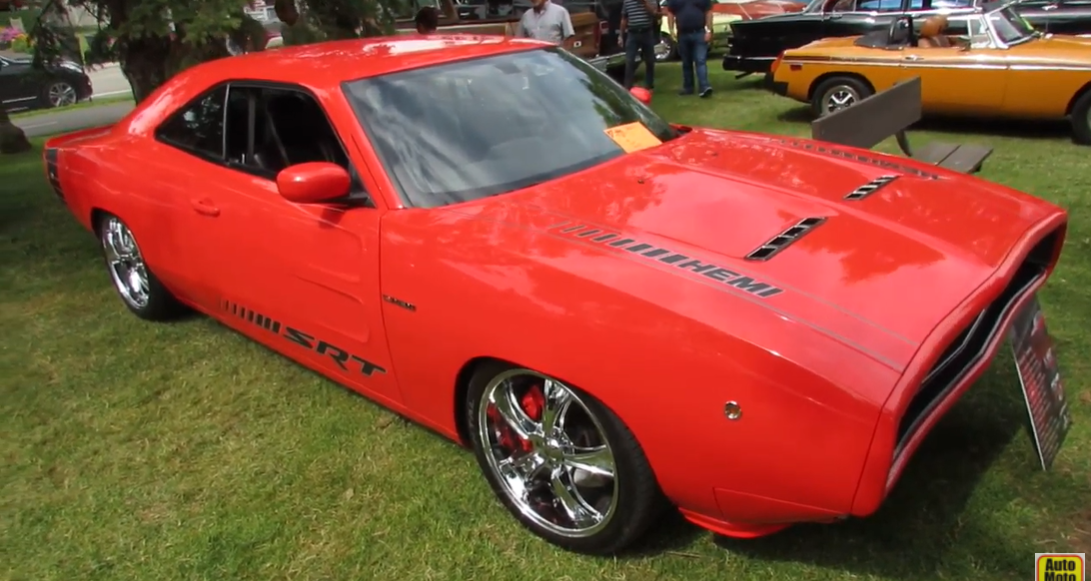 This is a walkaround video that shows us only the look of the car. So in this video we will see a 1968 Dodge Charger that has been custom build and also has a modern age custom build interior, which is very interesting.

It is rear to see an old timer like this ’68 Charger with an appealing style like some modern 2012 or 2013 Charger. This is an interesting idea and the end results are very surprisingly good.

We see many old timers build and restored to their old glory with their old interior look but its rare to see an old timer who has a tablet build in it and seats that we only see in modern cars. Some will say that this way you are destroying a piece of history but let’s be open minded and just watch the video and see how this car really looks.

And at the end of the video you can tell us if you like the new look or not!