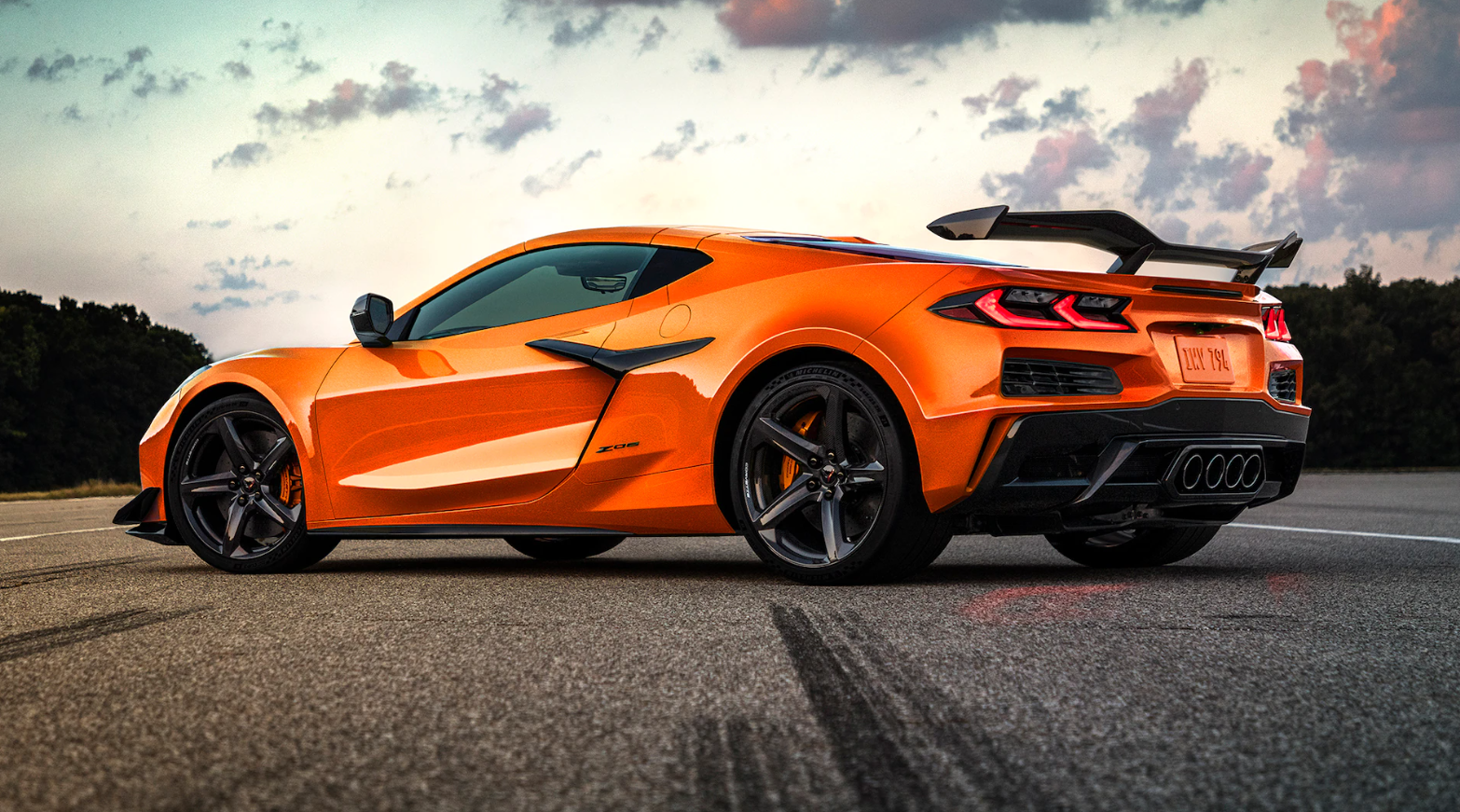 Development of the Chevrolet Corvette ZR1 is now underway, and Muscle Cars & Trucks claims to have insider info about the model that allegedly comes from “bulletproof sources.”

These insiders reiterate the claim that the ZR1 uses a twin-turbocharged version of the 5.5-liter V8 from the Z06. The addition of forced induction allegedly brings the output to about 850 horsepower (634 kilowatts), versus 670 hp for the naturally aspirated variant in the Z06. The only gearbox choice is reportedly the Tremec-sourced eight-speed dual-clutch gearbox from other C8 Corvettes.

The ZR1 has a more aggressive body to match its additional power. There is new styling for the front and rear fascia, this report claims. Like the Z06, the exhausts exit out of the center of the back bodywork. The wheels are allegedly a unique design for this model. Michelin Pilot Sport 4S would be the stock tire choice, but a performance package reportedly upgrades them to Pilot Sport Cup 2R rubber.

Muscle Cars & Trucks claims the ZR1 arrives for the 2025 or ’26 model year. This is later than previous rumors that put the vehicle’s debut in 2023, suggesting it would be a 2024 model year product.

Before the ZR1 joins the range, the hybrid Corvette is coming. Rumors suggest that Chevy intends to call it the E-Ray. It reportedly uses the standard ‘Vette LT2 V8 but with the addition of an electric motor for driving the front axle. The result is the first all-wheel-drive versions of the iconic sports car. The total power output is allegedly between 600 hp (447 kW) and 650 hp (485 kW).

A fully electric Corvette is also coming. Although, Chevy isn’t offering much info about it yet. The speculation is that it would use the automaker’s Ultium battery technology. The debut date is rumored for 2024.

The range-topping version of the C8 Corvette will reportedly be the Zora. It will allegedly combine the twin-turbo engine from the ZR1 with the electrical powertrain assistance from the E-Ray to create a ‘Vette making more than 1,000 horsepower (745 kilowatts). Previous info suggests the model is coming in 2025.