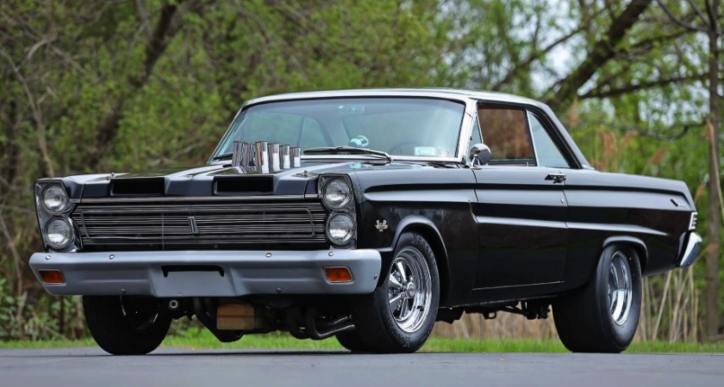 This 1965 Mercury Comet Cyclone was sold at Bring A Trailer back in 2020, but I thought you are going to appreciate such a well executed build. Obviously it is not a real A\FX car, but there is nothing wrong with a $100,000 tribute with great attention to detail, right?

The great job on this 1965 Mercury Comet Cyclone A/FX recreation was done at the Randy Delisio’s Performance and Restoration. Stunning Black body riding on 15-inch Cragar SS wheels wrapped in fat Mickey Thompson’s at the rear, this thing looks bad to the bone.

Play the video to see and hear more of the 1965 Mercury Cyclone A\FX tribute: