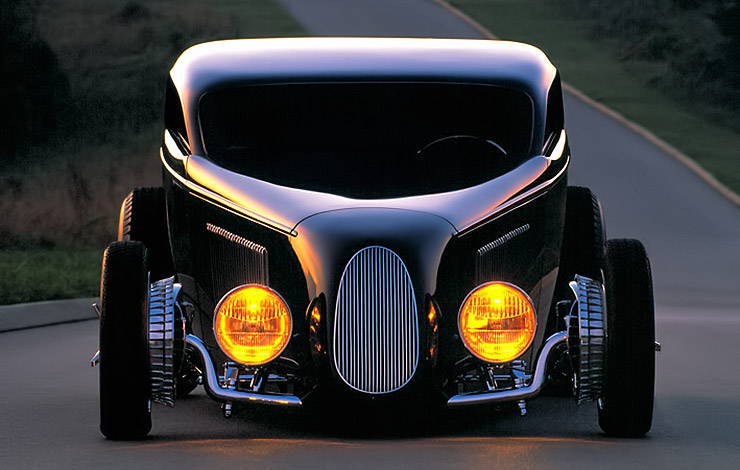 Over the past 30 years Alloway’s Hot Rod Shop is among the elite rod shops, winning awards at automotive events throughout the country.

There are probably only a few “givens” you can rely on in this life: The sun will come up in the east each morning, you’ll never have enough time to finish all of your street rod projects, and, if Bobby Alloway is going to build a rod for himself, it’ll be black and have a big-block! 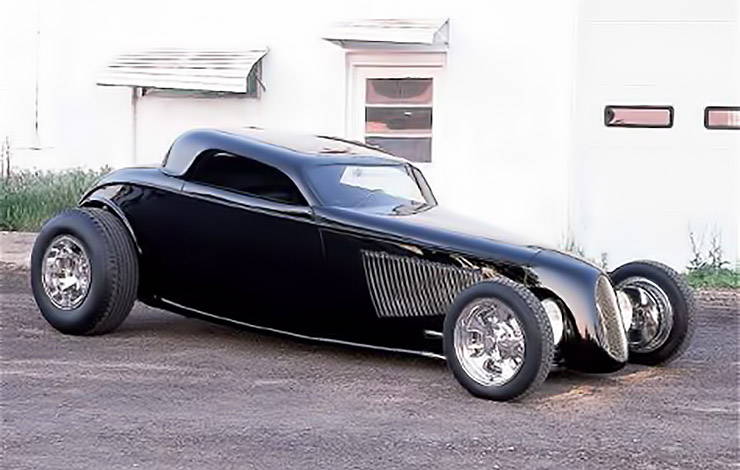 And though Alloway is no stranger to building exceptional rods (he’s been doing that out of the Louisville, Tennessee, area for 30 years now), his tried-and-true path has recently developed a fork in the road. Back in 1997, Bobby and Rat’s Glass teamed up to debut a new, mass-produced roadster body, the SpeedStar. But a new concept went along with it.

The SpeedStar fiberglass bodies were the first to combine the swoopy, high-tech designs that were coming out of the high-priced pro rod shops with the affordability of fiberglass manufacturing. Independent suspensions, curved windshields, and a smoothed-up body were all signatures of the one-off steel roadsters–Bobby just had Rat’s Glass make them in ‘glass and available to everyday rodders. 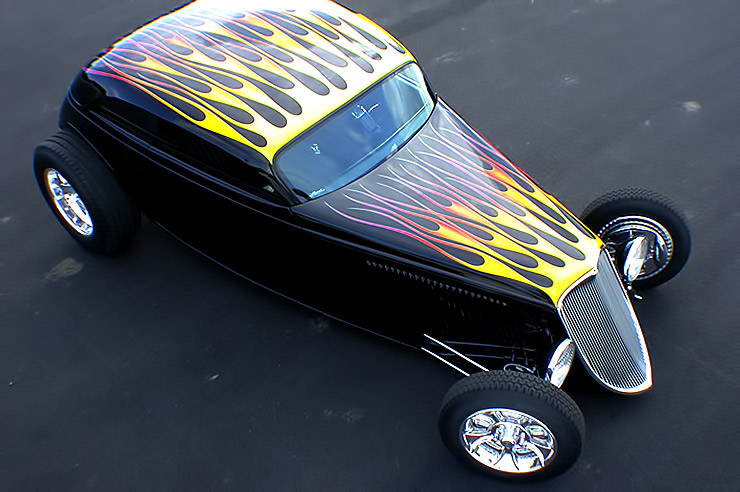 The first SpeedStar roadster was completed, Bobby’s personal black ‘n’ flamed. From there, selling them through magazine advertisements and at all of the major street rod shows, the roadsters became an immediate hit. At that point some would sit back and admire what they’ve created, but not Bobby. Like an old dog that won’t let go of a bone, Alloway continued to extend the line of body styles based on his original SpeedStar theme.

The next body out of the mold was the SpeedStar coupe. Not only did the new design come with a roof, but the grille was reshaped to look more like Ford’s original ’33 design. The coupe design also took off with the rodding public, but it took famed upholsterer Paul Atkins to tweak the design and move things forward once again. 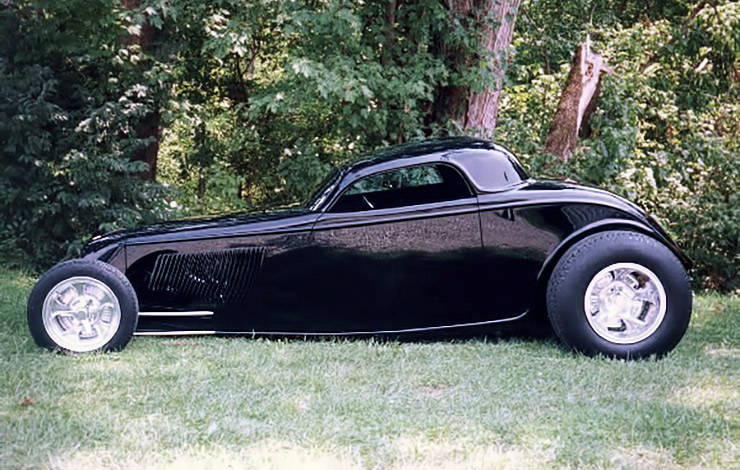 Since the beginning, the SpeedStar line was meant to feed the appetite of the high-tech (think: independent suspension) crowd. Paul thought by adding a dropped tube axle and some retro-style American five-spokes, he’d surely have something. It turned out that Atkins was right on the money, and his bright yellow SpeedStar coupe was debuted at the 2000 Detroit AutoRama, where it won the show’s top honor: the Don Ridler Memorial Award.

But the dropped tube, retro approach Paul went sparked another idea with Alloway. While Paul’s body (the second SpeedStar coupe body out of the mold) was being designed at Alloway’s shop, Bobby was already thinking back to the famous salt lake racing coupe of the ’50s made famous by the Pierson Brothers, Dick and Bob. Besides the coupe’s severe chop, the other main design element was the air-splitting track nose. Why not adapt that nose to a SpeedStar coupe?

If building a new nose for the coupe was as easy as saying it, that would have been fine with both Alloway and Rat’s. Discussing the project with both automotive illustrator Thom Taylor and rod builder Darrell Zipp also gave Bobby and Rat’s a unique insight into what the rod could look like. But the new snout meant hours and hours of designing, second-guessing, shaping, and hard work before the pair, who had teamed up on every other previous SpeedStar project (Rat’s builds the molds and creates the ‘glass bodies in nearby Friendsville, TN, while Bobby turns them into magazine-worthy creations in his Louisville, TN-based Alloway’s Hot Rod Shop), were happy with the results.

The new rods, dubbed TrackStars, use different parts forward of the curved windshield than the standard coupes. And though the aluminum grille insert is also new, Alloway turned to Jim Rench (Hot Rod Stuff, Jerseyville, IL), the grille fabricator he uses on all of his projects (both with the SpeedStars and his “regular” hot rods). The rest of the rod went the way nearly every other rod that comes out of Alloway’s (when you’re on a roll this good you don’t change a thing!). 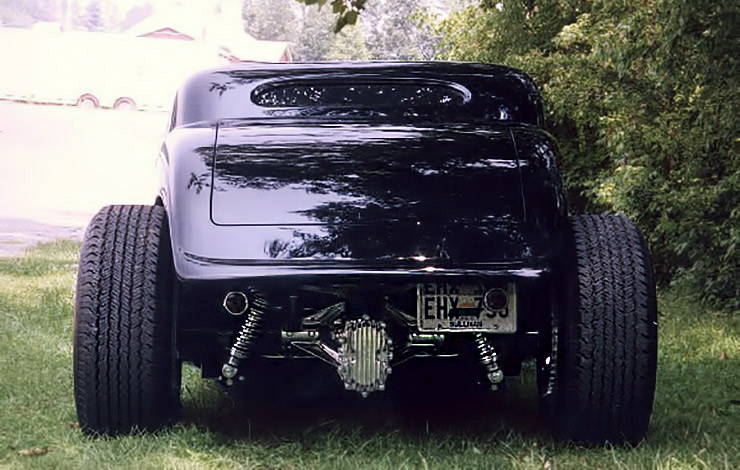 The entire rod, including chassis fabrication and assembly, fitting the Chevy big-block, plus bodywork and paint, was all done at Alloway’s Hot Rod Shop. Only the upholstery was done out-of-house, which was capably handled by Paul Atkins Custom Upholstery in Cullman, Alabama. Bobby’s personal view on color is a lot like Henry Ford’s: you had better like black! 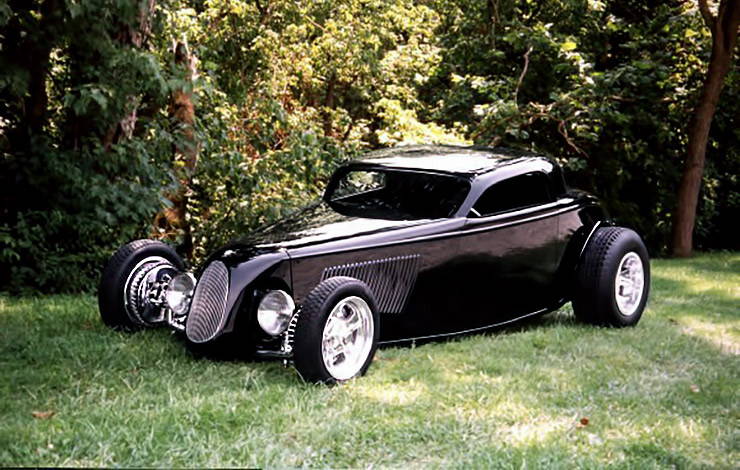