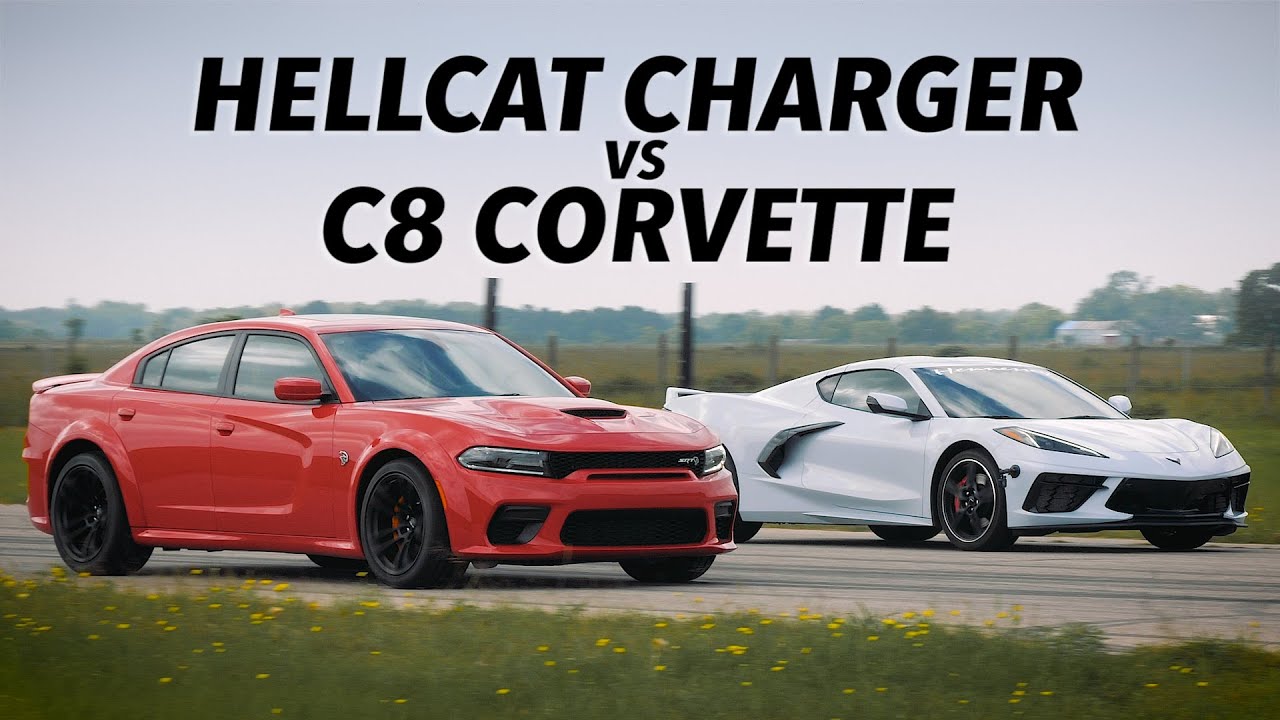 The Dodge Charger SRT Hellcat Widebody has 717 horsepower. The C8 Chevy Corvette Z51 has 495 hp. On power alone, the Dodge should have the Chevy stomped, dead to rights. But we know it isn’t that simple. Because of its mid-engine layout and grip advantage—on paper—the Corvette’s 2.9-second 0-60 beats the Hellcat’s 3.6-second figure.
That holds true on tarmac, too, where the C8 annihilates the Hellcat from a standing start. As we know from endless burnout videos, the Hellcat just has more power than it knows what to do with. Those extra 222 hp are held back by traction control and a constant struggle for grip, while the Corvette loads up and springs out of the box.

seamlessly, but it rolls up on the Corvette and slowly overtakes it. On a longer runway, the C8 would be a speck in its rearview, but either way the Hellcat wins when it can dose out its full supply of horsepower.