How much horsepower do you need on the street? This question is guaranteed to start a heated debate and while my personal answer sits somewhere around 500 ponies, the 1984 Hurst Oldsmobile that brought us here makes ten times that while still wearing a license plate. And yes, this is the fastest street-legal car in America.

We’re looking at a 1984 Hurst Oldsmobile, which started out in life as a G-Body muscle car. This was the final edition of a tribute the carmaker and the aftermarket specialist paid to their OG muscle beasts of the 1960s, even though the emission standards of its era meant the 307 ci (5.0 L) V8 made 180 hp after serious tweaking—only a few years later, Buick would strike gold with the turbo V6 GNX, but we digress.

Nevertheless, all that’s left of the factory car are the taillights, but we also need to mention the silver and black paint job here, which is a nod to the factory form of the 80s original. 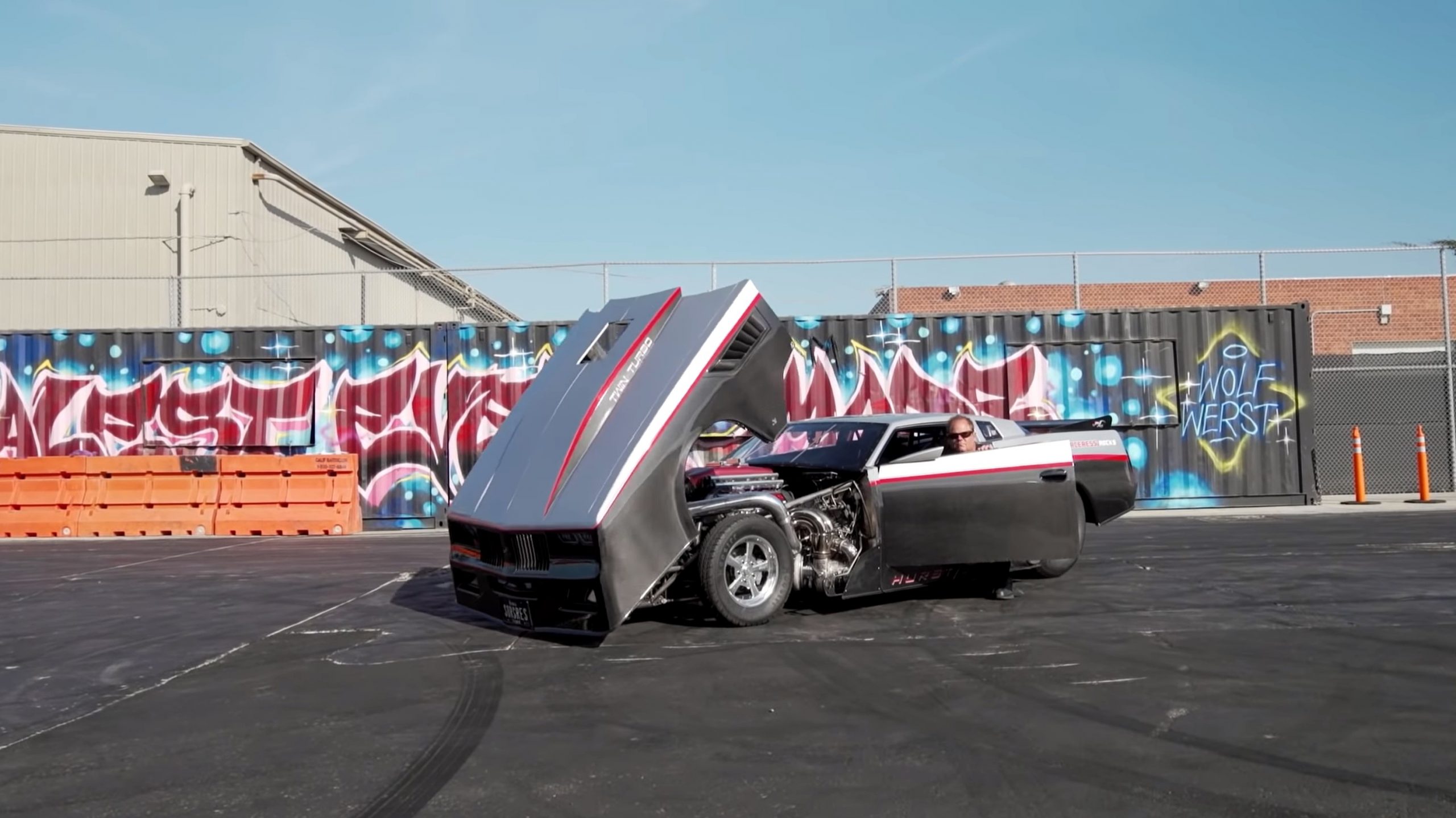 Not your typical one-owner modern classic

Surprisingly, this was the very first car owner Rod Tschiggfrie acquired back in his high school days, grabbing the slab of GM right off the showroom floor.

And the man has been modding the beast ever since. Talk about plucking the fruits of OCD—you’ll see him discussing his stainless steel headers polishing habits in the Hoonigan video below and you may never look at a yellow exhaust on a custom car in the same way again.

These days, the term “turbo” may or may not mean much. Marketing people have overused the idea and even Porsche features the term for a machine that doesn’t have an internal combustion engine, let alone turbochargers. However, the “twin-turbo” badging on the sides of the power domme fitted to the hydraulically-lifted hood of this Hurst Oldsmobile may just be an understatement.

The quarter-mile? This creature has heard of it

That’s because the said body panel, which is made out of carbon, by the way, conceals a 640 ci (10.5 L) V8 working with a pair of 110 mm turbos to deliver the 5,000 horsepower output mentioned in the title. Oh, and the thing revs all the way to 9,400 rpm, which the owner mentions as a limitation!

Given that the car is still street-legal (at least in Iowa where the owner resides), it comes with a Flex Fuel system. So, when the front tank doesn’t get filled with methanol for drag strip shenanigans (more on this below), the fuel cell at the back can take 88-octane pump gas, which that beast of an engine will accept just fine.

As with the said hood mechanism, the idea here is to have a perfectly usable beast, as opposed to the complicated, impractical setup many race cars sport.

Now, while there’s a piece of footage showing the Olds doing its thing on the road below, the monster naturally comes alive at the drag strip. And if you were betting on a 5s E.T. (Elapsed Time), you were right, while its quarter-mile trap speed sits at around 260 mph (419 km/h).