World, Meet This Rare (1961) Impala SS, an Amazing Time Capsule With Everything Original… 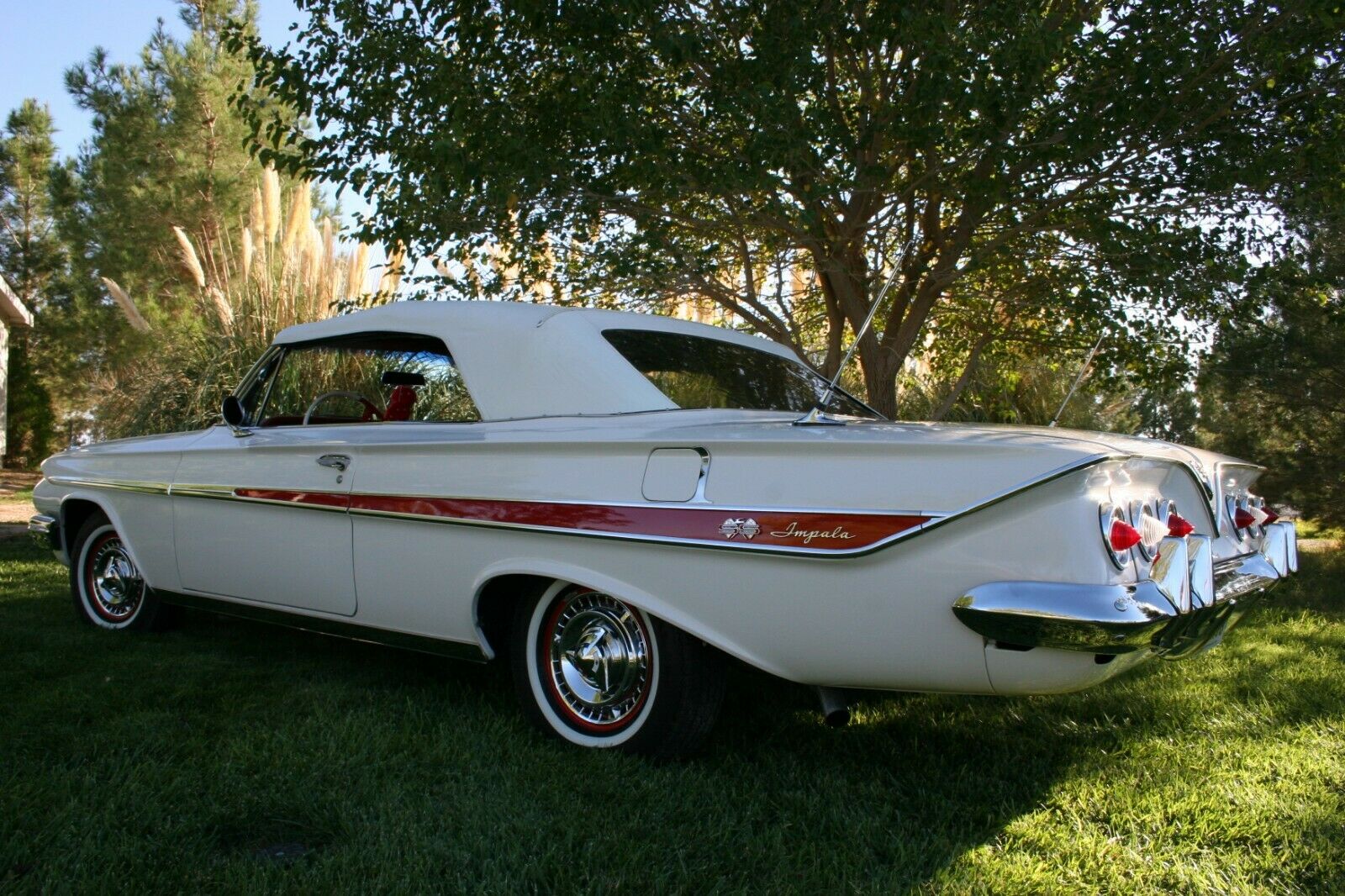 This is how the Impala eventually became the first model in the United States to sell more than 1 million units in a single year, an achievement that perfectly shows its role in Chevrolet’s long-term strategy.

1961 itself was a pretty big year for the Impala, as it witnessed the debut of the Super Sport Equipment Package. Officially known as RPO-240, the Impala SS could be ordered on all Chevrolet models, except for the Nomad Wagon.

Despite the limited production of just 453 units, the SS was a more common choice on two-door hardtops and convertibles, adding just $53.80 over the standard price of the Impala.

After its debut in February, the Impala SS could be ordered with pretty much any engine in the nameplate.

The base engine for this model year was the 235 six-cylinder unit with 135 horsepower, while the V8 lineup started with two versions of the 283 (4.7-liter) with either 2-barrel or 4-barrel carburetors.

The big-block offering, however, was the crème de la crème. Chevrolet allowed customers to fit the Impala with one of several 348 (5.7-liter) choices whose power was rated between 280 and 350 horsepower.

The debut of the Impala SS was also the perfect opportunity for the GM brand to introduce an even more powerful unit. It was the 409 (6.7-liter) equipped with a single four-barrel carburetor and developing no more, no less than 360 horsepower.

Now it’s time for the closest look we can get at the coolness of the 1961 Impala SS.

Posted on eBay by seller 702oldschool, this Impala SS has pretty much everything in a perfect 10 condition, with all parts inside, outside, and under the hood still entirely original.

In other words, it’s an amazing time capsule that looks and runs just like a new car.

The 348 under the hood was rebuilt 25 years ago, but its current shape is impressive, to say the least. It has just around 5,000 miles (that’s about 8,000 km for our European readers) on it, so it makes sense to run just like a new engine.

Equipped with power steering and power brakes, the Impala still flexes the original paint that was sprayed from the factory. Someone out there has managed to store this 1961 SS just the way a legend deserves to be stored, and this is why you won’t see any spot of rust, dent, or scratch.

It’s in showroom condition, to say the least, despite the car already being at its fourth owner.

Originally bought by a radio station owner in Oklahoma, the Impala was mostly used for weekend drives, and it was stored exclusively in a heated garage with a dehumidifier system in place. The SS was eventually sold to someone in Indiana, with the third owner living in Georgia.

The car was eventually purchased by the eBay seller, and it’s now stored in a climate-controlled garage where its perfect shape can be perfectly preserved.

It goes without saying such a rare gem can’t go for cheap, and this Impala SS really doesn’t. Without a doubt, it deserves to be parked in a collector’s garage, not only because it costs a small fortune but also because whoever ends up buying the car must treat it right.

Currently located in Las Vegas, this Impala is ready to find a new home for no more, no less than $200,000. Of course, if you already have the money and your wife’s approval, you should totally go inspect the car in person before spending so much on a car looking gorgeous in Internet pics.