This 1,036 HP Hellcat-Powered AMC Javelin AMX is the Coolest Thing You Never Knew You Needed ! It is our obsession to take a look at ridiculously awesome and rare cars, at least which is the only thing we can do when we are not able to own one. Recently, there have been some absolutely wonderful creations and restored vehicles, but it seems that nothing can get better than the one you are about to see in this gallery. Of course we are talking about the one and only 1972 Javelin AMX Ringbrothers. This awesome car was unveiled at the SEMA 2017 and people fell in love with it almost instantly. But what makes this Javelin so specific and one of a kind?

Well, to begin with, the car has been restored to mere perfection and everything you see on it looks utterly gorgeous. Moreover, this car was built to celebrate an anniversary! Namely, Preston wanted to a very special vehicle that will mark an unbelievable milestone i.e. their 90s anniversary. Hereby, Jim and Mike Ring got everything they needed to build this amazing 1972 Javelin AMX.
It is an absolute piece of 70s culture. But the process was not easy and it required manufacturing of many custom-made parts, such as the door handles and bumpers. So, what is actually under the hood? Well, this monster has the mighty 6.2L Hellcat engine along with a 3.2 Whipple that is able to produce whooping 1,080 HP. 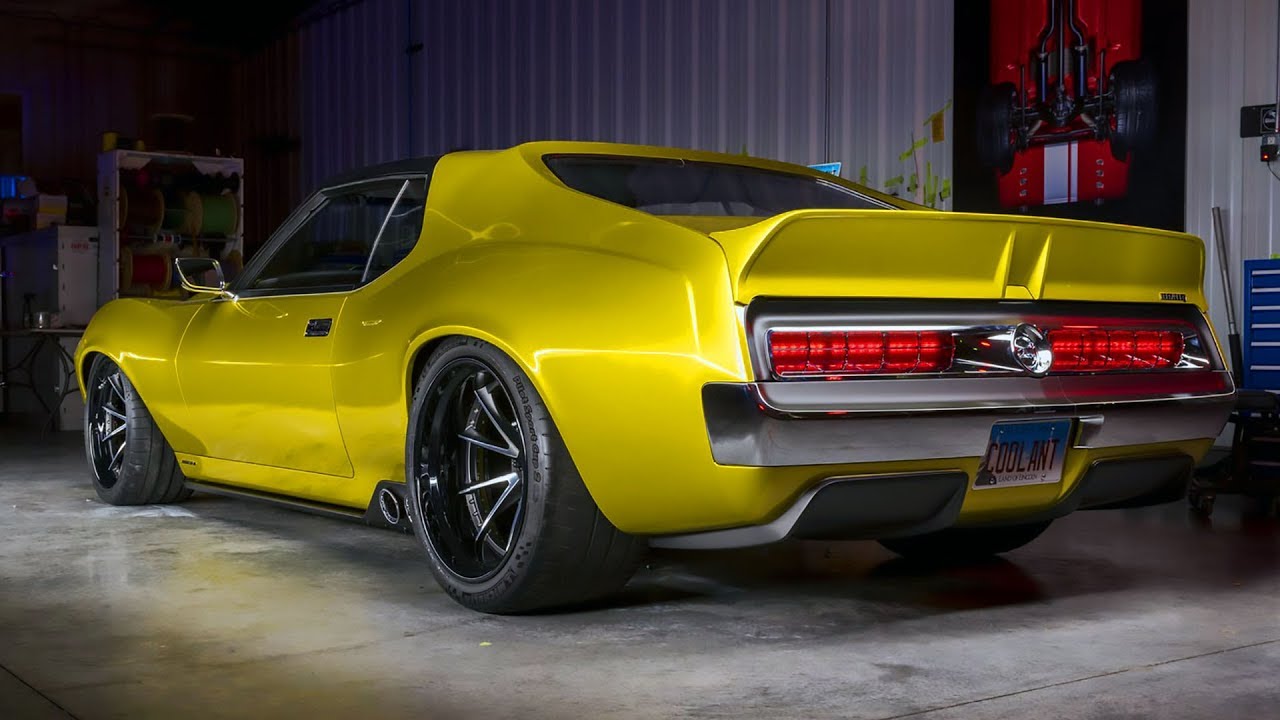 Besides its amazing look, this car is extremely fast too. What do you think, is the Javelin AMX Ringbrothers the best ever made?
How Did The Ringbrothers Defiant! Get Its Start?

“Jim and I have always wanted to build an AMX,” said Mike Ring, co-founder of Ringbrothers. “We’ve seen this particular car driving around our hometown of Plain, Wisconsin since we were kids and we always loved it. The AMX was such a neat car, unlike anything else at that time.”

And build an AMX they did.

The original powerplant for this Javelin, which could be any number of V8s depending on which model they used as a base, is long gone. In its place sits a rowdy 6.2L Hellcat engine good for 707 hp. Ringbrothers upped the ante by replacing the Hellcat’s go-fast bit with a gargantuan 4.5L Whipple supercharger, raising the power output to a whopping 1,036 ponies.