Injured Marine Holds Salute for 3 Hours, Than Some Patriotic Bikers Show Up! 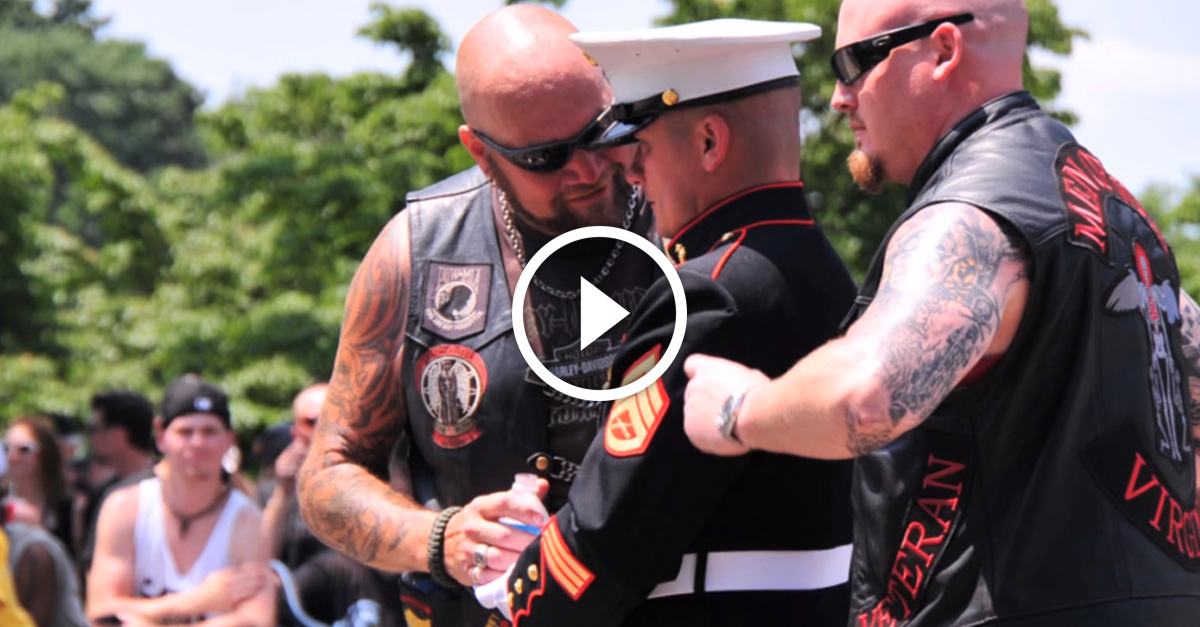 Injured Marine Holds Salute for 3 Hours, Than Some Patriotic Bikers Show Up!

We must admit that we ourselves have noticed a special kind of bond between the (mostly) former members of the military and biker clubs in the entire country. 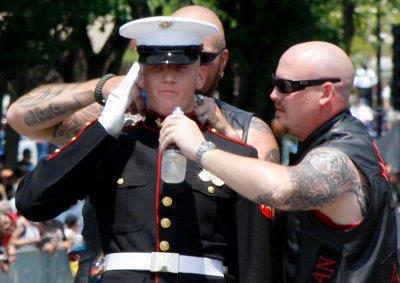 They share a special kind of brotherhood, maybe because many of the older bikers are themselves former military or maybe they just feel the bond of the brotherhood that the military members have and enjoy.
Either way, today we bring you Staff Sargent Tim Chambers, a Marine veteran who has decided to stand and salute the participants of the Rolling Thunder Ride for Freedom in order to remind everybody of all the military men that have paid the highest price of freedom.

With a wrist that was supposed to be held by a cast, due to injury, this proud Marine, stood and presented a 3 hour long salute for the entire crowd of bikers driving by, making their day much more special.

Check out the video which give you another reason to be proud to be an American.